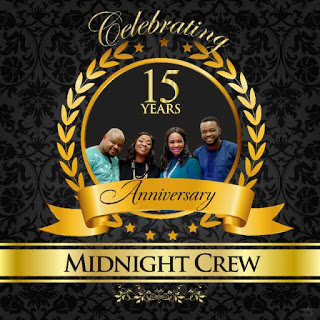 Midnight Crew is that name that half a generation of Nigerians has come to know as the high-quality symbol of wholesome gospel music.

Their epic hit Igwe still remains ‘the church song that was played in the nightclubs’. The song is still unsurpassed in its ability to leap across language and denomination to spark an all-inclusive praise fest every time it is rendered.

What a wonderful testament to God’s Grace in the life of MIDNIGHT CREW; a typical quartet made up of PATRICIA UWAJE KING, GBENGA OYEBOLA, ODUNAYO OJO and MIKE ABDUL, who with tiny, mustard seed faith, started their journey from Yabatech.

Since these music maestros decided to take their love for Jesus to the streets 15 years ago Nigeria and indeed the world has been the richer for it; Founded on the 8th of November 2001, the group started with FUSION, a critically acclaimed debut LP. Then, after restructuring as a corporate entity in 2005, MNC went on to release three other history-making albums; TUNGBA UNLIMITED, IGWE and KING OF NATIONS. They have since gone on to tour the UK, U.S and South Africa, cementing their reputation as a cross-culture, cross-denominational and cross-border gospel group.

Midnight Crew's style can be described as a unique brand of world music that is boldly eclectic, refreshingly original and swaying with real African rhythm. And after 15 years of turning local content into a global phenomenon, these praise ambassadors have a message to the entire world; "Let’s use Praise & Worship to promote Godliness in every Nation". 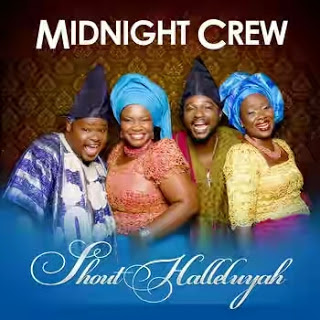 Midnight Crew has however won several awards across the world, some of which include: