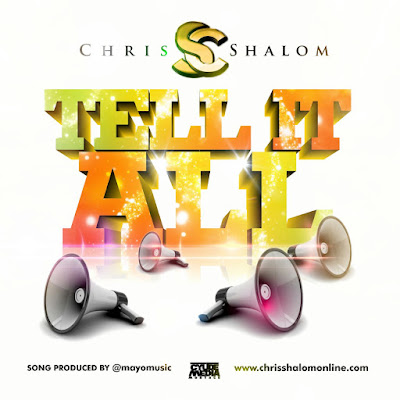 The Golden Voice, Chris Shalom gives out an early Christmas gift as he releases his latest single “Tell It All” for free download!

The new single dropped in August, shortly after the music minister’s birthday and it follows the release of the critically acclaimed“Manifest Your Power (MYP)”.

“Tell it All” is a testimonial of feats surmounted and thanksgiving for many victories. Chris Shalom desires that the same chain of victories will fill the lives and places impacted by the single.


After delivering series of worship anthems that has made it on to prominence and building pillars of testimonies on their paths, Chris Shalom upped the beat to a mid-tempo in praise and jubilation.