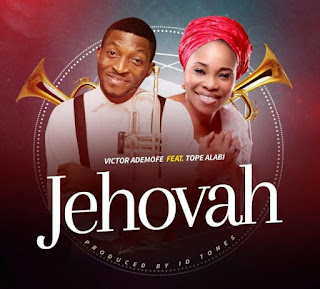 One and half a bar of simple earthy percussion heralds a soulful singing voice like muted trumpet lines and before you could say “what is this all about?” you are already on a 4 minute odyssey made up of a chorus depicting familiar landmarks (ably delivered by Adedeji Adetayo & Sam Fred) yet kept interesting by sassy wind lines (no thanks to Victor, Ayo Solanke and Femislide) , breathy breaks and very melodious verses churned out by both the host and his unprecedentedly featured guest.


It still baffles me even till now what was going on in the minds of every hand that worked on this single which was first released in an album of the same title. ID Tones was provided with a strong glue that held everything together in Kayode Kuti the ever groovy bassist and Sam the drummer. Talking about it running in the family, Jimoh Kuti killed the guitar capping it with a scherzophrenic guitar solo, so all through to the end Victor And Tope Alabi had a great canvas to paint on a masterpiece that will leave Leonardo Da Vinci green with envy.
This tasty broth of rare spices and other well selected ingredients would not have been this good but for the patient and painstaking mixing prowess of Richard and the the non exuberant mastering of Africa’s leading sound engineer SwApS.
I critically listened through on my first contact not out of pessimism but a curiosity satisfaction quest to answer the obvious question “why the reissue?” It was an interesting journey one would want to experience again and again (Taiwo Adeagbo’s subtle talking drum making a difference).
Victor Ademofe has brought to the table his vast experience as a seasoned musician and ID Tones has proven his mettle once again.
Download, Listen, Enjoy and Share!
DOWNLOAD HERE