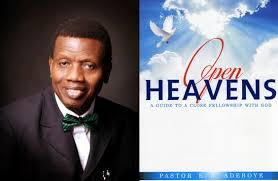 Memorise: And he blessed him, and said, Blessed be Abram of the most high God, possessor of heaven and earth: Genesis 14:19
Read: Genesis 14:17-24 (KJV)
17 And the king of Sodom went out to meet him after his return from the slaughter of Chedorlaomer, and of the kings that were with him, at the valley of Shaveh, which is the king's dale.

18 And Melchizedek king of Salem brought forth bread and wine: and he was the priest of the most high God.

19 And he blessed him, and said, Blessed be Abram of the most high God, possessor of heaven and earth:

20 And blessed be the most high God, which hath delivered thine enemies into thy hand. And he gave him tithes of all.

21 And the king of Sodom said unto Abram, Give me the persons, and take the goods to thyself.

22 And Abram said to the king of Sodom, I have lift up mine hand unto the Lord, the most high God, the possessor of heaven and earth,

23 That I will not take from a thread even to a shoelatchet, and that I will not take any thing that is thine, lest thou shouldest say, I have made Abram rich:
24 Save only that which the young men have eaten, and the portion of the men which went with me, Aner, Eshcol, and Mamre; let them take their portion.
Bible in one year: Matthew 22:23, Isaiah 9:1-12, Hymn: Sing hymn 3
MESSAGE:
The Almighty God is one, yet He manifests Himself as three different persons: the Father, the Son and the Holy Spirit. Different things happen that reveal the multifaceted nature of God’s character whenever He manifests Himself as any of these three persons. When God manifests Himself as God the Father, the earth trembles, the hills melt and the enemies scatter (Nahum 1:5). When He manifests as God the Son, He is seen as the Lamb of God that takes away the sins of the world (John 1:29).
He also comes in the likeness of the fourth man who meets you in the fiery

furnace and terminates the power of fire (Daniel 3:25). As God the Son, He

rest (Matthew 11:28). When God manifests as the Holy Spirit, He comes as the

consuming fire (Hebrew 12:29). One man who experienced God as the

consuming fire was Samson. Bound and delivered to his enemies, when the

Holy Spirit came mightily on him, all the cords binding him were immediately

consumed (Judges 15:14). This season, every cord that is tying you to the same

spot shall be consumed by the fire of the Holy Ghost in Jesus’ Name.

“In my Father’s house are many mansions…”

If you catch this revelation in your spirit, all your accommodation problems can be resolved when you call upon Him. Call upon Him today, and He will sort you out.
Key Point


If all you have is the Possessor of heaven and earth, you have everything.