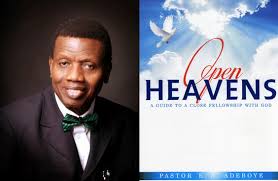 Memorise: God is our refuge and strength, a very present help in trouble. Psalm 46:1
Read: 1st Kings 17:8-16 (King James Version)
8 And the word of the Lord came unto him, saying,
9 Arise, get thee to Zarephath, which belongeth to Zidon, and dwell there: behold, I have commanded a widow woman there to sustain thee.
10 So he arose and went to Zarephath. And when he came to the gate of the city, behold, the widow woman was there gathering of sticks: and he called to her, and said, Fetch me, I pray thee, a little water in a vessel, that I may drink.
11 And as she was going to fetch it, he called to her, and said, Bring me, I pray thee, a morsel of bread in thine hand.
12 And she said, As the Lord thy God liveth, I have not a cake, but an handful of meal in a barrel, and a little oil in a cruse: and, behold, I am gathering two sticks, that I may go in and dress it for me and my son, that we may eat it, and die.
13 And Elijah said unto her, Fear not; go and do as thou hast said: but make me thereof a little cake first, and bring it unto me, and after make for thee and for thy son.
14 For thus saith the Lord God of Israel, The barrel of meal shall not waste, neither shall the cruse of oil fail, until the day that the Lord sendeth rain upon the earth.
15 And she went and did according to the saying of Elijah: and she, and he, and her house, did eat many days.
16 And the barrel of meal wasted not, neither did the cruse of oil fail, according to the word of the Lord, which he spake by Elijah.
Bible in one year: Matthew 11-12, Isaiah 3:24-5:7, Hymn: Sing hymn 4
MESSAGE:
The poor widow in today’s Bible reading was getting ready to eat her last meal and then die; but against her expectations, help came her way. This indicates that help can come to you when you need it the most. Psalm 46:1 tells us who our help is: Open Heaven Thursday 5 January 2017:- The Ever Present Helper
“God is our refuge and strength, a very present help in trouble.”
Sometimes, when a child of God is going through some difficulties, God may appear silent. That He is silent does not mean He is ignorant of what is happening. Though things may go on to deteriorate, He will step in before it’s too late. The Lord knows about that painful and highly detestable situation you have been living with. Although He has been quite for a while, He will now arise for you and arrest the situation. When it appears like the enemy is about to put you to shame, just in the nick of time, your help will locate you. God’s intervention shall not be late concerning your situation in Jesus’ Name. Can you imagine what would have happened if the fourth man had not appeared on time in King Nebuchadnezzar’s furnace (Daniel 3:25)? The three Hebrew children would have been history, but because He came right on time, they made history! You too shall make history! God will not be late for you. His intervention in your life shall be timely, and He shall shut up the mouth of your enemies.
Moreover, in the case of this widow, not only did help come in time, it kept on coming everyday because she was connected with the One called the All Sufficient God (Genesis 17:1). When you go into battle, your strength, wisdom and resources are limited to what you and your allies have. In other words, who you partner with in a crucial battle can either guarantee your victory or turn out to be your undoing. At such a decisive moment, the widow partnered with the God that is more than enough, and she never lacked again. Who is your ally today? When faced with a most trying time, who do you run to? If you run to man whose strength, wisdom and resources are limited, you will be unable to tackle that situation. If you run to a local or foreign deity, you will still be limited. Some people depend on charms, rings and amulets from so-called Indian spiritual temples for help. (Pastor E.A Adeboye’s Open Heavens Devotional 2017) It’s a pity that after the serpent spirits of such temples have offered some form of fake assistance to them, those spirits end up turning them into their slaves, thereby ruining their destiny and that of their family members. Partner with the One who can always help you.
Key Point
There is no helper like Jesus, and no one deserts in the time of need like Satan.