Word for Today by Bob Gass (BE TEACHABLE) 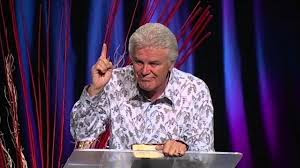 ‘That the Lord…may show us the way in which we should walk and the thing we should do.’ Jeremiah 42:3 NKJV
Twelve bees were placed in a jar in a darkened room. A light was beamed onto the bottom of the jar, and then the lid removed. Instinctively, the bees flew toward the light and couldn’t escape. So they died trying to buzz their way through the bottom of the jar. Next the researchers took twelve common houseflies and repeated the experiment. Within seconds the flies had found their way out of the jar. Now, bees are more intelligent than flies and their survival instincts are better. Yet it was those very instincts that doomed the bees. There’s a lesson here. You may be very intelligent, yet your preconceived notions can doom you to failure in life. Assumptions, rigidity and force of habit can cause you to keep doing things that don’t work and make no sense.
Dr. James Dobson says: ‘Until 1992 I wrote books with pencils and yellow pads. I did that for years after word processors were available. The twentieth century was almost over before I decided to join it.’ Are you afraid to abandon an old belief system, or learn a new skill or tackle a new project? When you’re finished learning, you’re finished! The only real limitations are those we place on ourselves by refusing to learn. ‘Give instruction to a wise man, and he will be still wiser; teach a just man, and he will increase in learning.’ (Proverbs 9:9 NKJV) ‘The heart of the prudent acquires knowledge, and the ear of the wise seeks knowledge.’ (Proverbs 18:15 NKJV)
Don’t let your fears and preconceived ideas keep you from growing; be teachable.