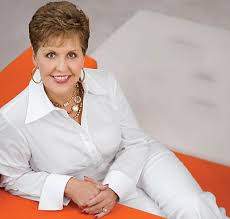 Now these [Jews] were better disposed and more noble than those in Thessalonica, for they were entirely ready and accepted and welcomed the message [concerning the attainment through Christ of eternal salvation in the kingdom of God] with inclination of mind and eagerness, searching and examining the Scriptures daily to see if these things were so.—Acts 17:11

One of my much-published writer friends taught a series of classes at a writers’ conference on beginning writing. He wanted to reach people who felt God had called them to write and show them how to get their articles and books published.

At the beginning, he asked the attendees how long they had been writing and if they had ever been published. Two women, who sat in the front row, said they had both been writing for almost twelve years, but had not yet published anything.

At the end of the first lecture, my friend overheard one of the women say to the other, “Oh, we know all of that. We don’t need to come back to this class.”

They may have already known the things he was teaching, but there was no evidence they had applied what they knew. He also commented that the most eager students in the classroom were those who had already begun to publish. They wanted to learn and improve. Only people who are humble enough to continue learning will ever succeed.

That incident makes me think of an event in the book of Acts. The apostles Paul and Silas preached in Thessalonica, and the people tried to kill them, so believers helped them flee. From there, they went to the city of Berea. Luke records that the people there were fair in their thinking. They received the message “with all readiness,” or, as I like to say, they had ready minds.

That means those were people who were open to God—they were willing to hear what God said, no matter whether it was good news or bad.

If I asked any group of Christians, “Are you ready-minded?” they would immediately say that they were. That’s what we assume being a Christian means—ready, open, willing to hear God, and to be obedient to what He says.

To be ready-minded means we discern the source of the voice. We love to hear words that make us feel good and encourage us, but we don’t like words that make us aware of our shortcomings. In Satan’s battle for our minds, one of his tricks is to convince us that a message isn’t important or that we already know it. He may even say that the message is not correct, and by doing so, he prevents us from hearing what we really need in order to gain our own freedom.

For example, a pastor preached a sermon against gossip one day. He aimed his message at one woman—who delighted in telling people tales about others. What she didn’t know, she allowed her imagination to fill in. At the end of the service, she said to the pastor, “That was an excellent message. A lot of people in this church need to hear that.”

The pastor said she wasn’t being sarcastic or hypocritical. She simply didn’t get the message. She didn’t have that ready mind—the mind that was open to receive a message of grace and help from God. It never occurred to her that she needed the message. To have a ready mind is not always easy. In fact, the more seriously the Holy Spirit wants to deal with us, the more Satan tries to convince us that we already “know all that” or it’s not something we need to hear.

Lord Jesus, please give me a ready mind. Enable me to hear You clearly and easily. Enable me to say, “Yes, Lord,” no matter what Your Spirit has to say to me. I want to have a ready mind that pleases You in everything. I ask this in Your name. Amen.