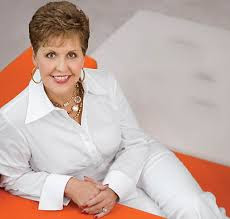 All the days of the desponding and afflicted are made evil [by anxious thoughts and forebodings], but he who has a glad heart has a continual feast [regardless of circumstances].—Proverbs 15:15
Shortly after I began to seriously study the Bible, I felt an oppressive atmosphere around me. Everything seemed gloomy—as if something bad was going to happen. It wasn’t anything I could explain, just a vague, dreaded sense of something evil or wrong about to happen.
“Oh, God,” I prayed. “What’s going on? What is this feeling?”
I had hardly uttered the question when God spoke to me. “Evil forebodings.”
I had to meditate on that for several minutes. I had never heard the phrase before. God had spoken to me, and I stayed quiet before Him so I could hear the answers.
I realized, first of all, that my anxieties weren’t real—that is, they were not based on true circumstances or situations. I was having problems—as most of us do—but they were not as critical as the devil was making it appear. My acceptance of his lies, even though they were vague, was opening the door for the evil forebodings. I eventually realized that I had lived in the midst of similar gloomy feelings most of my life. I was expecting something bad to happen instead of aggressively expecting something good.
I felt a dread, an unexplained anxiety around me. I couldn’t put my finger on anything specific—only that sense of something evil or terrible.
The Living Bible says, “When a man is gloomy, everything seems to go wrong.” That’s how I felt, as if something—maybe everything—was wrong or was about to go wrong.
As previously stated, I realized that for most of my life, I had been miserable because of evil thoughts and anxious forebodings.
As I continued to meditate on evil forebodings, God broke through and gave me a clear revelation. I was miserable because my thoughts were miserable—my thoughts were poisoning my outlook. My thoughts robbed me of the ability to enjoy my life. I should have been saying, “Thank You, God, for today. Thank you for Dave and my children and my friends and all Your blessings.” But, instead of being positive, I found myself even dreading to answer the phone when it rang, for fear it might be bad news.
All of this gloom and doom that surrounded me began in my abusive childhood. I endured a great deal of misery, and most of my life was unhappy and filled with disappointments. I began to live in a vague fear and dread of the future. I had not been taught to let go of what was behind. I couldn’t rejoice in what I had now and the good things going on in my life. I focused on the past and what might lie ahead—and what lay ahead was usually gloom and doom and chaos because that was what I was expecting. Satan had built a stronghold in my mind, and I was trapped until I learned I could tear down that negative, evil stronghold by applying God’s Word to my life and circumstances.
I once had a friend whom I’ll call Marlene. She lived in a state of constant chaos. One day she had health problems. The next day Marlene’s son had lost his job, and they were going to have to support him and his family. As soon as that was over, another traumatic situation would erupt. Marlene was a Christian, but she lived in fear of bad news. Marlene would not have known how to live a life that was not filled with chaos. All of her conversation was negative and gloomy. Even her countenance was sad and gloomy.
I realized that I had started to become like Marlene—I was miserable because I had allowed Satan to rob me of the ability to enjoy my life. It took a while before I was able to be positive most of the time, but little by little, my thinking changed, and so did my life. I no longer live in evil forebodings, expecting to hear at any moment of a new problem. Now I ¬purposely expect good things to happen in my life. I realize now that I can choose my thoughts. I don’t have to accept Satan’s lies.
Like everyone else, negative things do happen to me from time to time, but I don’t become negative because of them. I remain positive, and that helps me enjoy my life even in the midst of the storms.
Dear Lord Jesus, through so many days in my life, I have been robbed of my joy and contentment by evil forebodings. As those feelings come to me, please remind me that You are in control. Help me to rest in You and rejoice in Your power in my life. Amen.