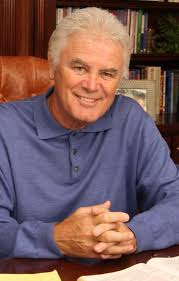 ‘These people are grumblers and complainers.’ Jude 1:16 NLT
Jon Gordon says: ‘My wife’s friend Rachel wouldn’t stop complaining about her job …the company, the economy, her lack of sales… I finally stopped her and said, “It’s simple. You have a choice. You can accept your company’s new policies, come to work with a positive attitude and be your best every day, or you can find a new job. But whatever you do, stop complaining because it’s not doing any good. Change your job or change your attitude…” The conversation was over, and so was our friendship, I thought. Rachel wouldn’t speak to me for a few months. Then I saw her at a party and she told me she decided to take my advice. She stayed in her job, stopped complaining and started selling more. Three months after changing her attitude her sales were up 30 per cent, a year later they were up 70 per cent… The other day, three years after our initial conversation, I caught up with Rachel again and asked her how she was doing. She told me during the last two years her sales continued to grow. She’s been promoted twice and is now in her dream job. It’s the job she always wanted and she’s more excited and passionate than ever. Is complaining sabotaging you and/or your team?… I was in a similar situation ten years ago. But I learned when you stop whining and take positive action, you start winning.
’
The Bible places whiners and complainers in the same class as ‘sinners [who] have spoken against [God]… grumblers and complainers… living only to satisfy their desires… to get what they want.’ (Jude 1:15–16 NLT) Instead, you should be full of faith—thanking God for His blessings and trusting Him for the future.