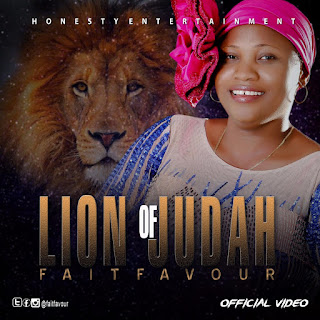 Faitfavour is out with the video for her single “Lion of Judah”. An Eastern Nigerian praise vibe and declaration of the power of the Almighty God.

Shot on location at Whispering Palms, in Badagry, the ambiance is expressive of the character of our Lion of Judah who is gentle with his children but ferocious in battle.

Faitfavour hails from Anambra state, Nigeria. She was a student of Nnamdi Azikiwe University  and also possess a diploma in Statistics from Abia State Polytechnic.

Faitfavour has since released four singles including “Lion of Judah” and her music has been blessing many with testimonies.