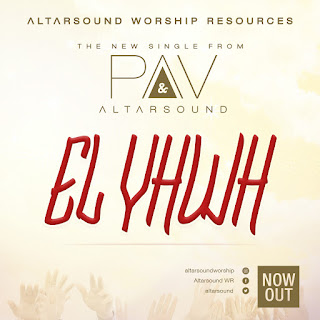 He has a compelling testimony of the restorative power of the grace of God that brought him back up out the abyss of many failings and a messed up past to continue in His God-pursuit &amp; kingdom service; a Kingdom-minded leader with a heart for empowering and encouraging people to live a lifestyle of God-centered worship beyond the music.

As an arm of Altarsound Worship Resources, PAV leads the worship team simply known as ‘Altarsound’— a collective of radical, passionate, spirit-filled &amp; skilled minstrels.
PAV &amp; Altarsound are called to be worship-smiths, crafting the hearts of men back to the place of true worship of the MOST HIGH. Their ministry has them hosting recurrent worship gatherings and travelling extensively, releasing the fragrance of God’s presence wherever they go, with one crystal-clear mandate: ‘Redefining Worship on God’s Terms!’

After the successful release of two singles - 'Great I Am' and '#iSurvived' off the forthcoming album, PAV &amp; Altarsound are back with their third single titled ‘EL YHWH’.


'EL YHWH' (pronounced ‘EL YAHWEH’) is the third single off their forth-coming album. Applying a catchy groovy Nigerian world-fusion groove with simple vocal renditions of easy sing-along melodies, the song extols the awesome nature of our God as well as the consciousness of who we are in Him as His people.