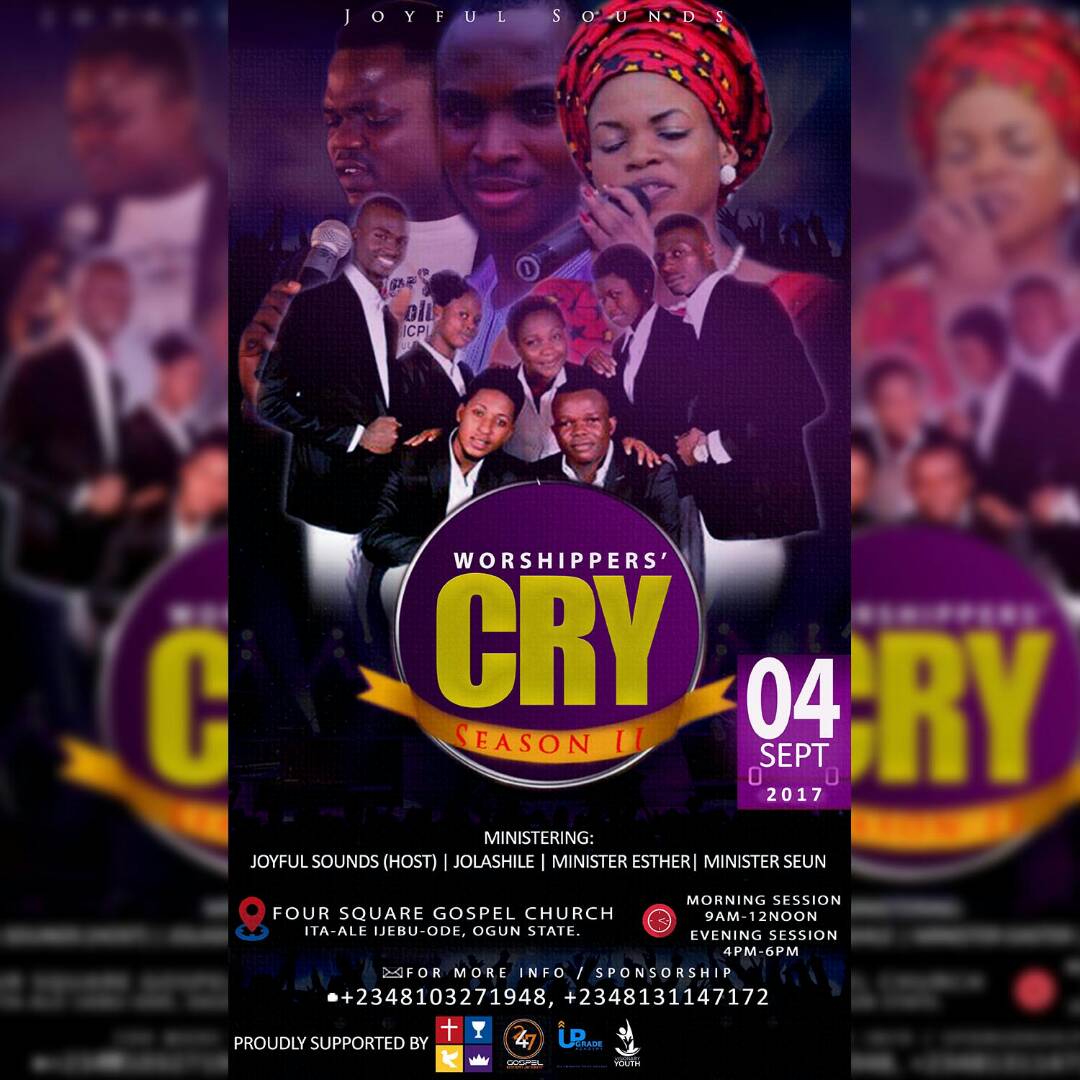 Gospel music ministers “JOYFULSOUNDS”  PRESENTS WORSHIPERS’ CRY SEASON 2. Following the success of Worshippers’ cry season 1 which was held late last year in ogun state, the young and vibrant ministers announces the season 2 which will be held in september 2017.  The group made the announcement on their official facebook fan page early this month.

Not anyone or everyone can come to Jesus. It is “Only” those who recognize their need of Him that can come to Him.
“if anyone is thirsty, let him come to me and drink”.
Are you thirsty? Do Join us as we drink of Him.

Apart from the convener of the program (Worshippers’ cry) – Joyful Sounds, Some other Ministers of the Gospel of Christ Jesus will also be present to Usher in the Shekinah Glory of the Most High.  Already confirmed are 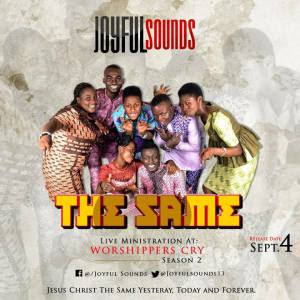