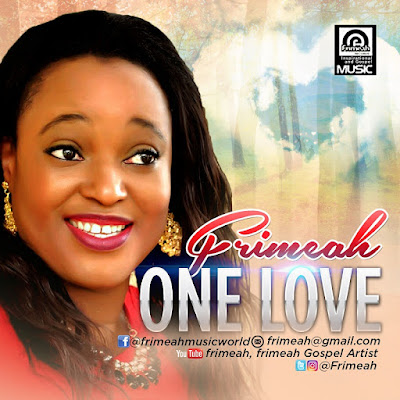 'ONE LOVE' is the Frimeah's 2nd Single. It is a song through which the songwriter speaks on the 'Need' for 'Nation Building'.   Just like most of her songs, 'ONE LOVE' is 'A wake up call' for Nigerians to rise up now so as to make the nayion a better place for us All, and bring about a 'Brighter tomorrow her for our children.

Frimeah is Nigerian singer. She started singing at a young age in church choirs and school singing groups for children.

Most of her days in the University saw her doing a lot of singing, and organizing singing events in her Department.

Her first Single, released August 2016, is titled 'EAGLES WINGS'. Both Songs are produced and recorded at
BoogieDown Studios.

Frimeah is Married with kids.

Frimeah's songwriting is inspired by her strong belief that there is a 'Sovereign God' who is bigger than life itself.

All songs in her albums are composed by the Artiste. Her type of Music is Contemporary Gospel and Inspirational Music.