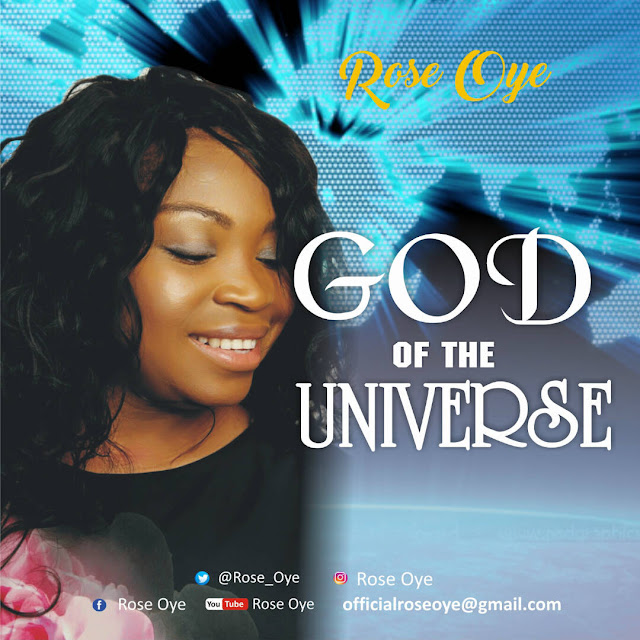 After the release of her recent single titled 'E Don Do Am Again', Minister Rose Oye describes the universality of God with this new song 'God of The Universe, a unique song of worship from her yet to be released album.

The universality of God has proved himself in all situations that comes our way. Yes it may be rough but at the end God always take the glory​. He is the undoubtable God. He owns the end before the beginning. He has never fail and he will not fail and he will not start failing us now. HE sees our future and when he sees a problem he knows how to rescue us out of it, because we are precious to him. Truly he is the GOD OF THE UNIVERSE. He is our saviour, best protector, security assurance any human could have.

The yet to be released album by the UK based Nigerian gospel minister titled 'E DON DO AM AGAIN' is a ten tracker album with tracks such as 'Destined to Win' and the hit track 'E Don Do Am Again (Remix)' which features top Nigerian gospel act Kenny K'ore and will be released with the video by the end of 2017. Produced in UK and Nigeria, the album is a deep expression of Christ's love and gift of salvation to the world.Growing up in a Christian home with the understanding that love is the best gift one can receive and show to others; this has inspired Rose to reach out with the message of salvation with love and the desire to seek souls which are lost back to Christ through her songs.