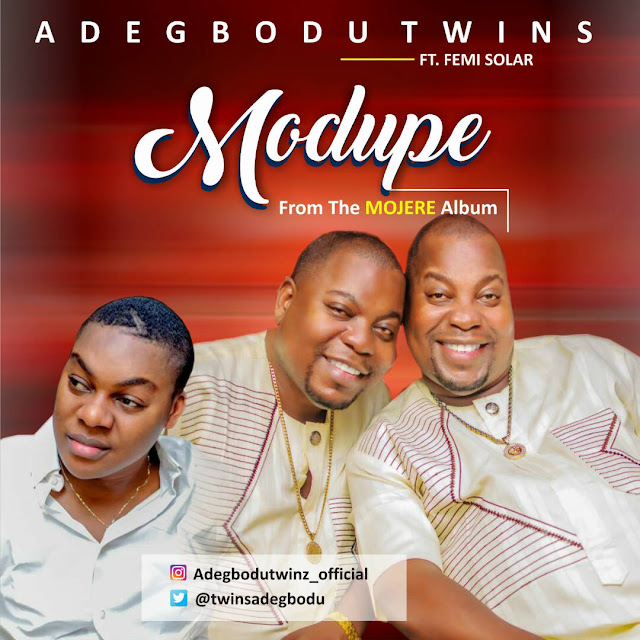 Modupe, one of the tracks on the Mojere album which has been on Available on Itunes and other music outlets, is a song of deep gratitude and acknowledging God as the ever-loving father. The song features 'Femi Solar (Jasa King).

As a sign of gratitude for the recently bagged awards: OMAMA Awards Best Gospel Artiste of the Year (Male), BEGOME Awards Best Twins of The Decade, and for adding another fulfilled year in the month of October, the gospel duo challenges every living being to an End-of-The-Year thanksgiving dance with this song, as melodiously produced by Tayo Oladele (TM Soundz).

Other songs in the 9-tracker album includes: Osuba, Iyin Ailopin, Mojere, Itesiwaju, Irin Ajo and others.
Get "Mojere" (Album) on: