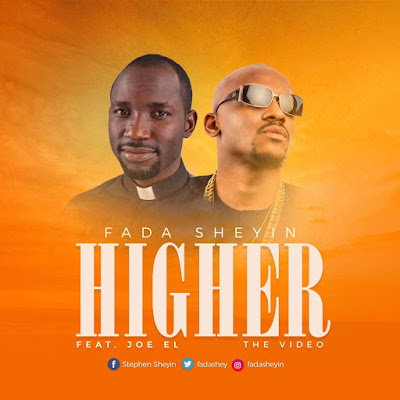 "Higher" is a song of thanksgiving as well as declaration. Father Sheyin always endeavour to address a wide range of audience judging from his previous releases such as "It is Possible", "Mighty God", "Jolly" and more, on the song "Higher", Fada Sheyin does likewise personifying those whose dreams, aspirations have been accomplished and those who are looking forward to it.

It is a feel-good song and the colourful settings, mood and demeanor of the characters in the video depict the celebration and joyfulness Fada Sheyin conveys. His use of slangs, coinages and colloquialism make his diction trendy and familiar.

Shot on location in Lagos State by T.Frizzle for Frizzle & Bizzle Films and produced by Abuja based producer Danny Joe.