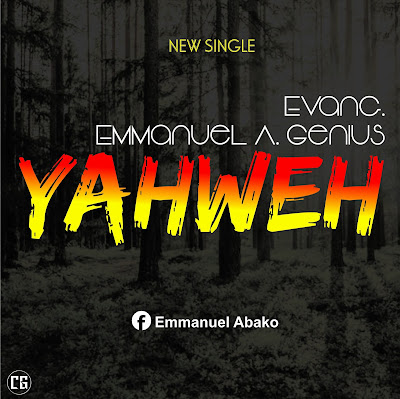 After the successful release of “Yesu Yabo”, Evangelist Emmanuel Genius comes through with another super amazing hit track titled “Yahweh”.

“Yahweh” is a title everyone is familiar with, but this song is nothing of you have heard in a long while or never before. Lending a powerful voice to this song makes it something that’s totally out of this world.

Evangelist Emmanuel Genius is a profound music minister based in Makurdi, he’s also a prolific music producer who to himself has produced many hit songs and same to others.
He’s the powerful voice behind Jabarata, a popular anthem among lovers of music in the middle belt. We will be having more of him in the coming weeks.

He has two albums titled “Good Morning Lord” and “Pillar of My Life” respectively plus other hit singles like “Hail Yahweh” and “Jabarata” all to his credit.

Download Yahweh and get in the mood of Christmas