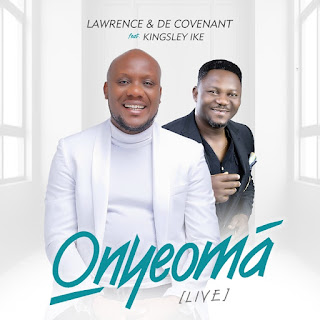 Sensational Praise and worship leader Lawrence  Decovenant has released a new thanksgiving single titled Onyeoma featuring veteran gospel music minister, Pastor Kingsley Ike.
Onyeoma is a medley containing original compositions of Lawrence and Decovenant and some revamped praise songs all mashed up into an excellent musical repertoire.  This song is a sequel to his earlier in the year titled ‘Victory Has Come’ featuring James Okon.