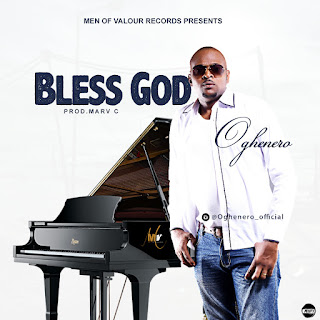 Oghenero is out with another single titled Bless God to wrap up the year. This is a follow to his last single "Almighty Hands" which he released earlier this year. His new single Bless God was inspired by the scripture John 12: 13 which says "Took branches of palm trees, and went forth to meet him, and cried, Hosanna: Blessed is the King of Israel that cometh in the name of the Lord".

It is a song of thanksgiving, celebration, breakthrough, and testimonies. The song was produced my Marv C

Oghenero whose full name is Emebruhwe Oghenero Stanley is from Ughelli South Local Government Area of Delta State Nigeria. He is a gifted songwriter and an anointed music minister.