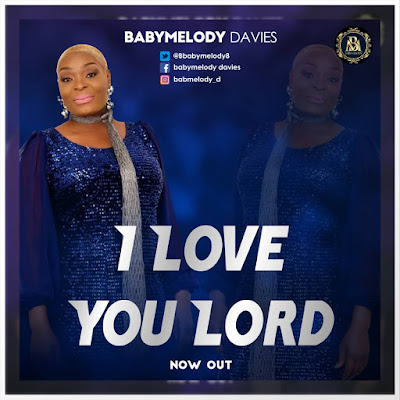 For over a decade now, Babymelody Davies a Nigerian Born UK based Gospel artist Has been a multi-platinum - selling Purveyor of majestic fusion of Gospel and Contemporary music, and a mirror of Christian humanity boldly disseminating the glorious Gospel worldwide. Her creativity combined with God’s given talent has made her an exemplary in this end time.

Babymelody Davies is a Multiple Award Winner Gospel Artist, a Songwriter, a Worshipper, and a Praise Leader.

Her flamboyant and irresistible rhythm and rhapsodies have resulted in Albums and Singles that consistently catches the imagination of people of all faith. Her unprecedented penetration into the mainstream has fortified her to become a mouthpiece in crusade, retreats, Christian convention, and public exhibitions.

Before “Voice” her second Album, Babymelody Davies released a delightful and Winsome album titled ‘Elohim’ an 8 track captivating Songs. This album marks the Genesis of Babymelody’s solo career as a gospel artist. After her second album titled “Voice” in 2016, a single was Released in January 2018 Titled “What a Mighty God We Serve”, followed by another Single titled “Hallelujah” in October 2018.

Babymelody was also a Back-Up Vocalist for Christian and secular musician for many years both in Nigeria and the UK.

Babymelody, before finding her passion in Mainstream Gospel was in a band with seven Professional members called “The Heart Beat”. Her band also released two albums which she was the lead Vocalist.

Her Love for music took her to Germany where she was taken up by another band called “Messing Around”. The band released an album titled “Sweet Sound Of Rhythm” Which she was the Lead Vocalist.

And now, she is delighted and Privileged to be Introducing another endearing and enthralling single titled 'I LOVE YOU LORD'.

Babymelody is married and blessed with Children.

I LOVE YOU LORD