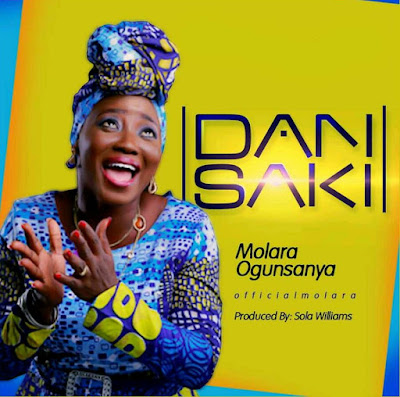 She has shared platforms with  popular musicians both locally  and internationally. With the likes of Kirk Franklin, Kush, Kenny Saint Brown, Tope Alabi just to mention few. Her singing  career has taken her both far and wide.

After the release of "I'll Be There" which was produced by Wole Oni, and "Wait On You Lord". Molara is set to release another single titled "Dansaki" produced by Sola Williams. Meanwhile, she is currently working on her EP.

Molara was given an award in 2018 as the "Best Revolutionary Gospel Music Of The Year". Glory To God

She has this to say:

Dansaki is an inspirational song given to me by the Holy Spirit. I went out that particular day many years ago, by the time I got back the Lord dropped the song in my spirit. To really confirm that the Lord gave me the song, the meaning of verse 1, I do not know, not until someone  said  what is the meaning  and I said I don't know but what I know is that the Holy Spirit inspired  me. But of course after that incidence I began to search for the meaning. Glory To God.

Listen To Audio On Boomplay