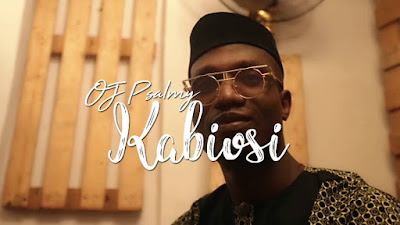 "Kabiyesi" is a title for King in the Yoruba language. "Kabiosi", a derivative of Kabiyesi, however, means "None can question you". OJ Psalmy sings about the Unquestionable King that God is; One whose words are Ye and Amen. He's answered to no one and yet He answers everyone who diligently seeks Him. What a God He is!

OJ Psalmy is a gospel minister, Voice coach, music director, producer and recording artist. Olorunyemi Joel Psalm as the name implies is the last amongst five children. The "Yahweh " crooner attended ECWA Schools where he completed his O'level and proceeded to the higher institution for a degree in Architectural Technology.

He started his singing career quite early at the age of 15, now He succeeded in recording two (2) albums and also produced a large number of high-quality singles, his popular album "Amazing Grace" made a lot of waves on digital platforms. OJ Psalmy is a lover of God and is presenting no other God to us than JESUS.

KABIOSI is one of the singles of OJ Psalmy's AMAZING GRACE album.