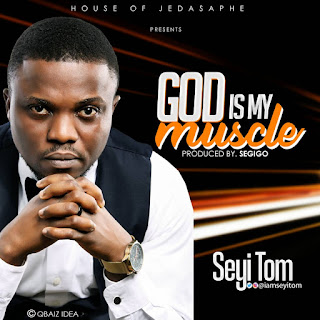 Seyi Tom announces the release of a new single titled "God is My Muscle", following the release of "Arugbo Ojo" , "Amazing Grace" and "Centre Of My Joy". This also, is a chip off the upcoming album titled " I Declare".

"This song is a declaration of faith, hope and assurance based on the Word of God, to encourage someone, irrespective of the suggestions of the apparent current realities. For we live by faith and not by sight".

Song production is by the prolific music producer Segigo the Mustard Breed Studio.

GOD IS MY MUSCLE: Lyrics by Seyi Tom