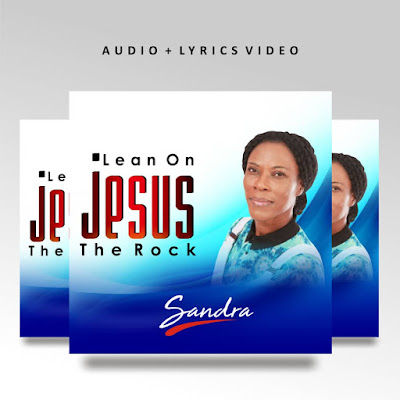 UK based singer, songwriter, and recording artiste, Sandra is out with a new single titled 'Lean on Jesus The Rock'

The new song, released as an audio and lyrics video gives hope to the hopeless and shattered. It also reemphasizes the fact that Jesus is the only rock of fulfilment to lean on.

Sandra, a lawyer by profession can be described as someone who expresses her love to God by writing and singing songs that glorify His name alone.

Apart from being a music minister, Sandra also runs the 'Sandra Outreach' which is set-up to help the less privileged and has assisted some orphanage homes.

Her new song, 'Lean on Jesus the Rock' which is one of the tracks on her 'Onward Christian Soldiers' album is another way of spreading her message of 'Hope in Christ' to the world.

Watch the lyrics video below: