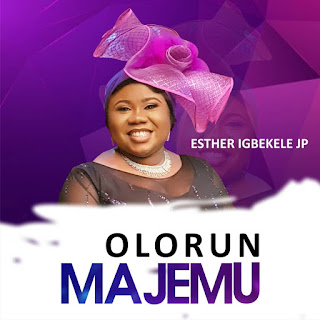 Following a series of outstanding releases in the year 2019, Esther Igbekele opens her 2020 music-release calendar with a new hit titled 'Olorun Majemu'.

The new song released in audio and video is a song of prayer request reminding the ever-faithful God of his promises and unfailing covenants.

Shot and directed by Blessing Fiteg for Fiteg media+, the video reflects Esther Igbekele's stand for quality and originality. The audio production on its own is mixed with strong prayer lines and a perfect blend of percussion and strings.