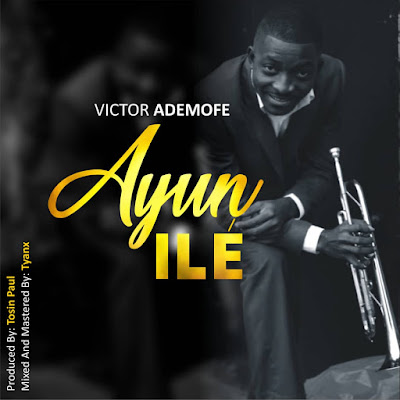 Virtuoso trumpeter, singer & percussionist, Victor Ademofe releases a new song titled 'Ayun Ile'. The new song, released with a creative storytelling video is a song of hope and consolation for those who have their loved ones away.

The song was written based on a true-life story of a friend who in search of a better life outside the shores of Nigeria sent messages back home to his loved ones of his coming home soon and in safety.

The songwriter, Victor Ademofe graduated with a B.A in Music from the prestigious Lagos State University. He also has a diploma and Grade 8 certificate in trumpet from the Association Board of the Royal School of Music, London.