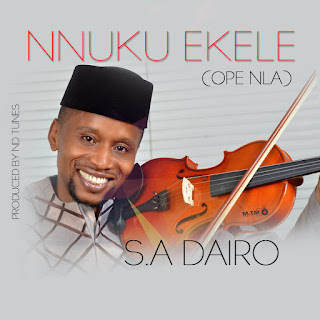 S.A. DAIRO  is a songwriter, composer.  He released his first album  "O SEUN JESU" in London in 1999 and video premiered on AIT and other TV stations across the nation in March 2000.

He has released five studio albums.
The song Nnuku Ekele (Ope Nla) is dedicated to the COVID 19 survivals. Many fresh trees are falling and dried trees are standing...

All is known to God, in every situation, let's give God BIG THANKS