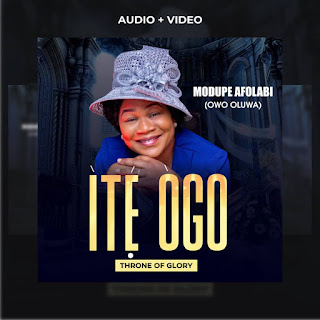 The new single is a song of declaration and supplication to God for a greater position in the kingdom of glory.

Produced by Optysound, and video directed by Blessing Fitteg, the song is Modupe's second release after her 2019 debut album titled 'Modupe Ore'

Modupe Esther Afolabi, also known as Owo Oluwa is a music evangelist who has a passion to reach out to a lot of souls through gospel music. She is a songwriter, composer and the leader of "The Hand of God" musical Band.