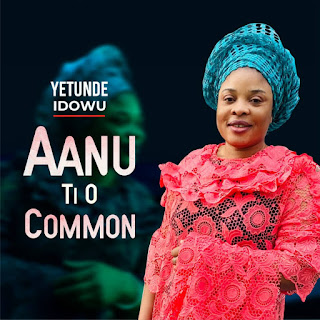 The song title which is translated to mean ‘Uncommon Mercy’ is Yetunde’s come-back release to the gospel music scene.

Produced by Adedipupo Adeosun (Ade Showkey) for Beloved Media Studios, the song breaks into every aspect of life that humans have enjoyed God’s uncommon mercy.

The singer and songwriter, Yetunde Idowu is a Canada-based musician with passions for souls. A beautician by profession, and a music evangelist by calling.