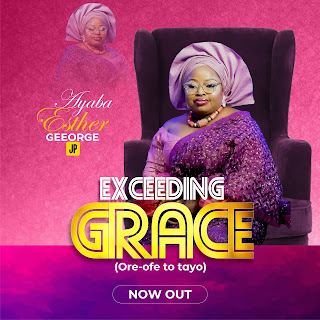 UK based Nigerian gospel minister, Ayaba Esther George has premiered a new video titled 'Exceeding Grace'.
The singer, also known as Queen of Praise releases this track from her most recent album, and expresses so much delight in the finished project.

Ayaba Esther George JP is a versatile songwriter, singer and music professional. She has a lot of music albums and singles to her credit , and has worked with several top names in the Nigerian music industry.