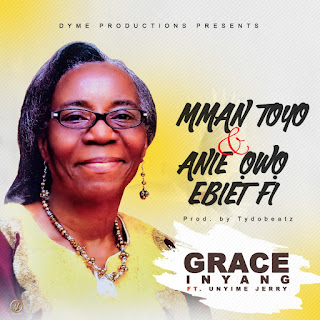 Mrs. Grace Inyang celebrates her birthday with the release of two singles tagged “Mman Toyo” &”Anie Owo Ebiet Fi“.
ANIEWO EBIET FI? WHO IS LIKE OUR GOD?
There is none like our God. He is a self-made God. He is sovereign, omnipotent, omniscient, the lion of the tribe of Judah, the root of David. He rules and reigns in the affairs of men. He is indescribable and unexplainable.
As I imagine how great and unexplainable this God is, I got inspired.
No one resembles our great God, hence this song.
I have searched all over the world and have seen no one like our God. He is seen in all creation, an attribute that no one has. – Mrs. Grace Inyang
The two songs are produced by Tydobeatz.
Download “Mman Toyo”
Download ”Anie Owo Ebiet Fi“