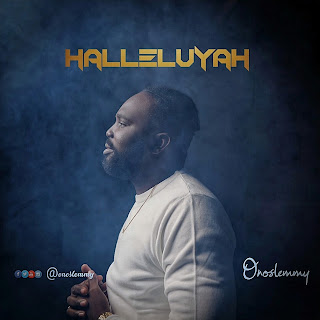 Ireland based Nigerian Gospel music minister Onoslemmy is out with a new single titled "Halleluyah."

A short rendition of an atmosphere-shifting sound from heaven. It's a worship song that speaks of the victory Jesus won on our behalf and the Zoe life that offers. Onoslemmy joins the heavenly host to proclaim the victorious vocabulary - "Halleluyah."

It kicked off on a Contemporary Worship music note but took on more elements, including Celtic Folk Music which gives room for reverberating vocals. It is little wonder that Onoslemmy should explore the latter music genre as he is based in one of Europe's hubs of Folk Music.

Despite the complexity, the song is surprisingly sing-along and one can project that it will make it to many a Sunday service.

Okeze Onorode Lemmy simply known as Onoslemmy is an Ireland based Nigerian Gospel singer, songwriter, recording and performing artiste. He is from Delta state, in the south south of Nigeria (Isoko precisely). He obtained his Bachelor’s degree in accounting from the University of Benin, Benin City, Edo state, Nigeria.

Onoslemmy has featured in many international concerts and ministrations. Most prominent amongst his various releases is the single ”Breathe,” which features Wati and was produced by Samzi Bumerey.

From the look of things, the new single "Halleluyah" will top the milestone "Breathe" had set. His other releases include "Testimony" and "No Other Name."