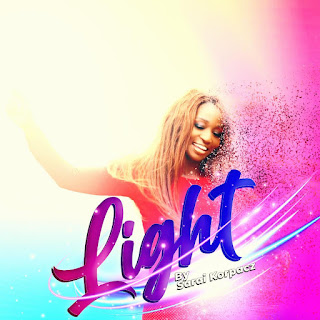 New York, NY — Singer-songwriter Sarai Korpacz has written and co-produced “Light,” her latest faith-promoting single featuring an accompanying video shot by Minnesota-based Cinematographer Anthony Darst. The single drops on February 2, 2022.
“Light” emerged as Korpacz began contemplating both John 8:12 and Matthew 5:14 — two of the New Testament’s most oft-quoted scriptures. In the first, Jesus states “I am the light of the world.” In the second, He says “You are the light of the world.” Korpacz’s song offers her personal interpretation of these two references. She explains, “In essence, we reflect Jesus’s light to the world as He shines in and through us. He is the origin of the light. Also, the Bible tells us to go into all the world and preach the gospel — hence the train imagery.”
Korpacz is referring to the video’s railroad setting, a standout location in Fountain City, Wisconsin. Paired with the single’s music and lyrics, the shots of vacant tracks and barreling trains evoke journeys, travel, and missionary efforts. “I pray the song does that — reaches people of every nation tribe and tongue so they can know that God loves them. For those who believe, we are called to be a light in the darkness.”
The song is infused with Korpacz’s usual upbeat warmth — the signature style displayed in her earlier singles, “Harmony” and “Eden In Me.” While not originally intended as an ode to the islands, “Light,” her latest work, ultimately includes some distinct reggae undertones that come into play and transform the flavor of the music.
Throughout the writing process, Korpacz embraced flexibility and gained new insight, collaborating with music producer Claudio Perini, leading her to create a charged and bright sound. The reggae evolution came as an unexpected but welcome surprise. Korpacz reiterates, “Music is universal and I hope people will put on their dancing shoes and feel at liberty to dance to this music.”