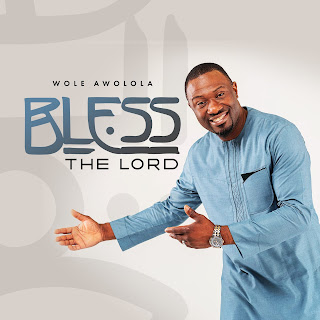 ABOUT THE SONGBless the Lord is a brilliant fusion of Salsa, and R&B coupled with the big band ... all masterfully produced to perfection.

BIOGRAPHYThe name Wole Awolola resounds loudly in the UK gospel scene and is renowned for rich gospel music and ministry. He burst on the scene in 2007 with his EP of 3 tracks titled ‘Let Everything’, ‘Suddenly’, and ‘You are Faithful’, with the latter becoming the most widely circulated of the three. That same year, he went on to receive the Africa Gospel Music Awards for ‘NEXT BIG ACT’. A few years later, he received an honorary award for his ‘Contribution to Gospel Music.He has since gone on to release a few other singles including the hit R&B track, ‘Relax’, featuring the talented Christian UK rap Artist, FaithChild; ‘I Need You Now, which earned him the 2018 Gospel Touch Music Awards for Best UK Artist, and most recently, ‘Worthy’,  a worship song composed and written for congregational worship.Although known for his smooth R&B vocals and unique soulful delivery, he now ventures into new territory by releasing yet another single that is a fusion of Salsa, R&B, and Big Band to create what he calls an unprecedented masterpiece. It is titled ‘Bless The Lord’.Wole is also an established songwriter, choir director, voice coach, and speaker, running worship workshops for church choirs across the country. Follow Wole Awolola on Facebook, Instagram and subscribe to his YouTube channel for new music and ministry updatesInstagram: https://www.instagram.com/woleawolola/Facebook: https://www.facebook.com/wole.awololaTwitter: https://twitter.com/wole_awololaYouTube Channel: https://www.youtube.com/user/MrWoskeyFanlink: https://linktr.ee/woleawololamusicWebsite: http://www.woleawolola.com