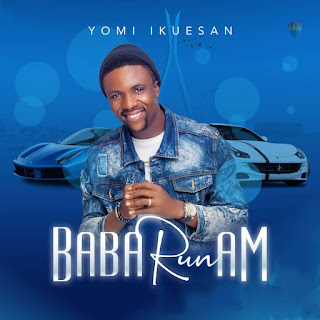 “BABA RUN AM” is a generally relatable song to every legit hustler out there, in a generation where internet fraud, immorality, and ritualism are rapidly increasing. This song aims to reassure us that God still blesses His people, and he rewards our loyalty, honesty and responsible living.

Yomi ikuesan Festus is one of God's fast-rising young and vibrant servants, a passionate revivalist and an addicted worshiper. He’s an associate pastor in one of the fastest growing Churches in Lagos – NIGERIA, Lively Stones Assembly.

He is the convener of one of the largest gatherings of worshipers concert in Ajegunle, Ajegunle Wave Your Banner, he is also the founder of the Ajegunle revival culture and a songwriter, with songs like; Na lier, Atewo, Ajegunle Anthem, and the exceptional hit Shey be Na you from his debut album project “GRACE IS REAL”. He has also released some singles from his soon-to-be-released 2nd album project tagged: TRIBES AND TONGUES, this has made him one of the most sorts after gospel ministers in Nigeria.

“Tribes and Tongues” album which will be released on September 10th 2022, is a collation of songs inspired by the Holy Spirit to spread hope, build faith, and steer up the worship of God Almighty in the heart of God’s people.

“Baba Run Am” is produced by David D DrummerBoi.