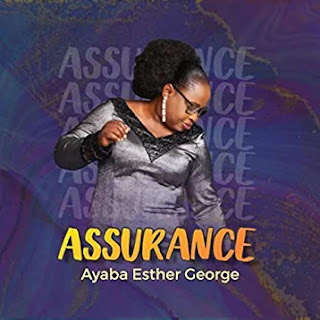 Ayaba Esther George Releases Collection of Compositions titled "Assurance"
DOWNLOAD
United Kingdom based music Evangelist, songwriter, and singer, Ayaba Estger George JP has released a collection of short songs inspired from her personal devotional time, and she titled this 'Assurance'.
The 5-track album contains songs of positive declaration, celebration, divine inspiration and lots more.
The album which is produced, mixed and mastered by Oyinlade for Beloved Studios, is available on all digital platforms and starting as a music drama trend on the Tiktok app.