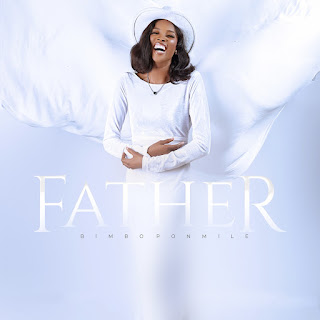 This comes on the heels of her previously unveiled the solo 4-track project, ‘Comforter’ which was released in the latter of 2021.

Through her debut project, Abimbola navigated melodious congregational grooves with a finesse she claims stems from her goal to ‘heal cracks with the instrument of worship.’

She described the project as a feeling of fulfilment – laying emphasis on purpose and assignment.

She also noted, "Seeing the process of creating the album, and all I went through... I feel so honoured to be used by God to make such an impactful piece.”

People described the singer and her project as “a gifted artiste who possesses an intense style of music delivery, which through her solo praise and worship sessions, captures a moment of unifying and distributing healing through her words.”

With an evident display of versatility, Bimbo made her way into the hearts of many music lovers, spawning the results with live ministrations and performing alongside gospel heavyweights like Laolu Gbenjo, and Yinka Alaseyori among others.

In contrast to Comforter which sheds light on how she sees her maker, Bimbo reveals her new project, “Father” encompasses a side of God she has enjoyed and his position in her life.

“This album has my divine and unique sound on it. It encompasses all I have been through. Most importantly the last Album was about who I am to God, this one represents who God is to me.

“This is something different. I have a broader musical scope compared to when I made my first album and I bring that to bear on this new album. If you thought that first album was great, wait till you hear this one,” she explains.

Father is a genuine meld of fervent and spirit-felt ministrations, and we are sure you’d love it!