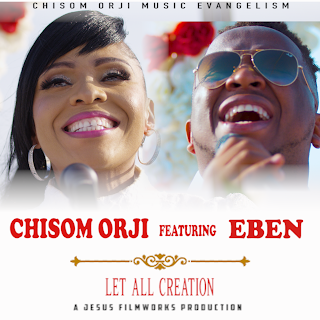 Chisom Orji kicks off the new year by teaming up with gospel music icon Eben to release a brand new song titled "LET ALL CREATION."

ABOUT THE SONG
This song was written on a cruise ship during a family vacation while cruising the Caribbean ocean admiring the beauty of God's creation, suddenly the song was released in her spirit.

It's a new year and a season of Gratitude. Let this song continually be in your mouth as your soul glorify God for another new beginning.

Chisom Orji is a seasoned gospel artiste residing in the United States with eight albums to her credit and multiple awards to show for it, all to the glory of God.
Credits
Artiste: @ChisomOrjimusic
Featuring Artiste: @eben_rocks
Video directed: @jesusfilmworks